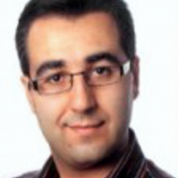 RP10: Wireless Communication system (ESR10, WEST)
This project will design a communication system which will be driven by the following key requirements: (i) energy efficiency to allow continuous operation for up to several months, (ii) real-time availability and action for prompt notification of remote user in caser of false alarm, (iii) Multi-hop/cooperative networking for continuous monitoring of the water parameters without range limit, (iv) security to protect the data against external interference and attacks, (v) error resilient and data reliability of data transfer, (v) context awareness to understand the conditions of the water to be constantly monitored, as well as the possibility to track the evolution of pollutant and react accordingly (e.g., by promptly activate water sampling actions). The communication system will be evaluated through both computer simulations and real testbeds.