The University of Edinburgh

Host Institutes > The University of Edinburgh

The University of Edinburgh

The University of Edinburgh is one of the largest and most successful universities in the UK with an international reputation as a centre of academic excellence. Its international character is reflected in its student population, which comprises of 2,000 European students and 3,442 International students (out of a total population of around 24,500 students) from over 120 different countries worldwide. It can also be found in its truly international staff and in its joint research and other links with overseas universities, institutes, companies and governments.
The University is the leading research university in Scotland and is amongst the top ten in the United Kingdom. Almost all members of staff at the university are research active. Following the announcement of the results of the 2008 Research Assessment Exercise some 63% of the University’s research activity is in the highest categories (4* and 3*), of which one third is recognised as “world-leading”. A total of 1,684 individuals, more than 90% of the institution’s academic staff, saw their research assessed across 39 subject areas. The results place the University in the top 5 in the UK and number one in Scotland by volume of 4* “world-leading” research. The University is home to 37% of Scotland’s 4* research.
On a European level, traditionally the University has been very successful in participating in European Framework Programmes. During the Sixth and Seventh Framework Programmes the University was involved in over 600 projects, total award value of approximately €320M, and 165 projects in Horizon 2020 with a value of over €150m. It is the University’s stated aim that it wishes as far as possible to conduct its research and development activities on a trans-national basis. The pooling of research expertise, equipment and database resources contributes to major advances in science, technology and medicine worldwide. 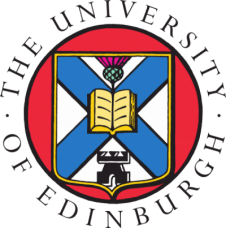